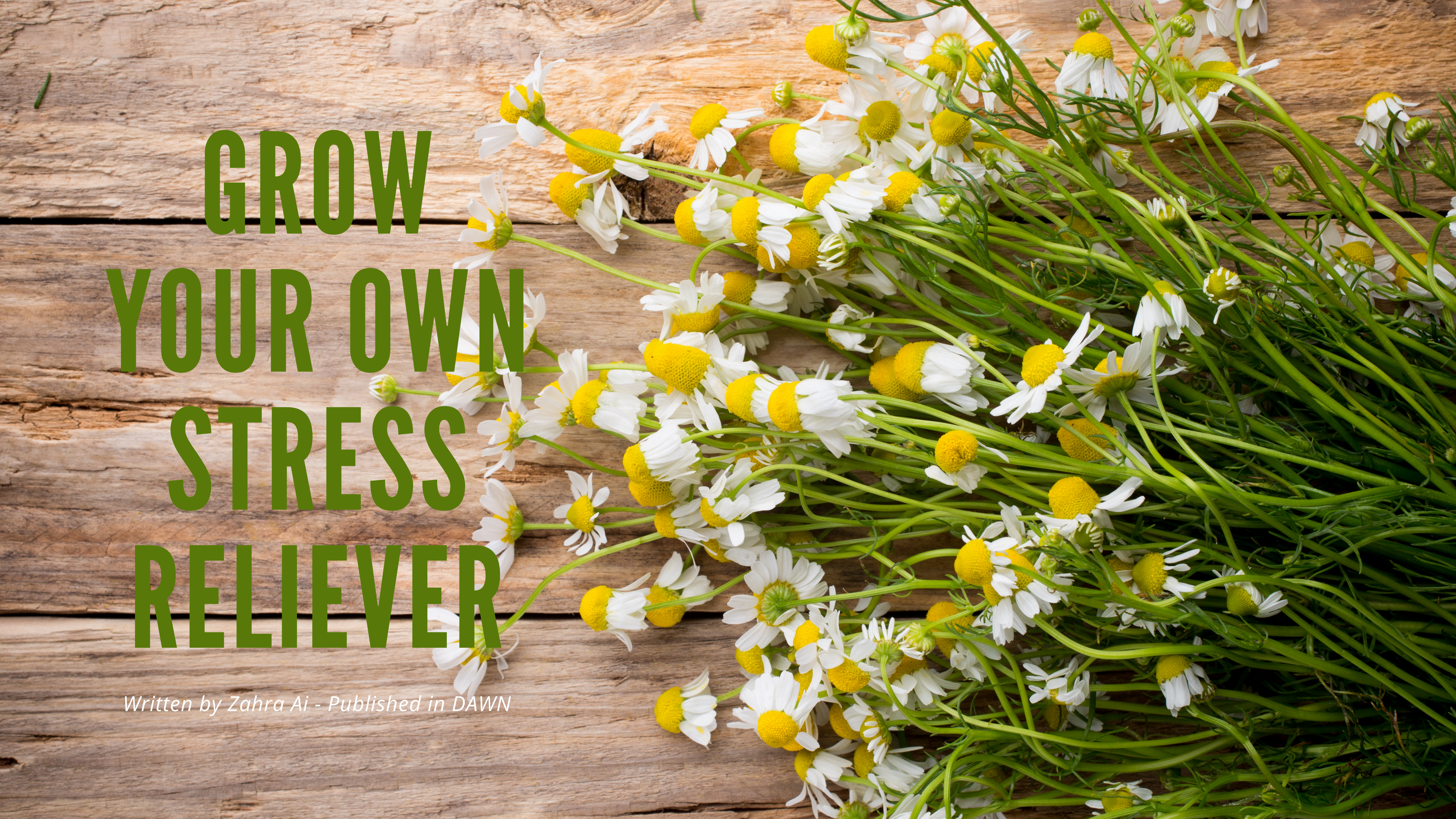 Chamomile not only looks pretty in the garden but also delights your soul and heals your body. ‘Chamomile’ can mean one of the three different varieties: Roman chamomile (Anthemis Nobilis), German chamomile (Matricaria Recutia) or Moroccan chamomile (Ormenis Mixta). Although all of the three chamomile varieties belong to the same family, they have their own distinct qualities and must not be confused.

Roman chamomile is a perennial herb with a fragrance that has hints of fruity apple with a sense of bitterness. It is so gentle that it can be given to infants and children. Roman chamomile promotes relaxation, helps relieve stress, calms your nerves and has a restorative effect. On the other hand, German chamomile is an annual herb that has an intense odour that gets better when diluted. The fragrance is almost fruity with a slightly bitter undertone. It blends well with lemon or lime. German chamomile has a soothing, calming and balancing effect when the inky blue essential oil is used for massage or brewed as tea. Moroccan chamomile is not considered as true chamomile and should never be replaced with German or Roman chamomile.

Stress buster plant No matter which variety of Chamomile you choose to grow in your garden, the cultivation methods are the same. Select pots or the spot in the garden where you want to plant your herb, keeping in mind that German chamomile grows up to 12 inches tall and will need a 12-inch pot while the Roman chamomile spreads to two feet with a height of eight inches and looks better as a companion plant in pots.

Sow seeds in a sandy well-drained soil as soon as the temperature in your area goes below 26°C. Keep the soil moist but never soggy. Seeds will germinate in a week or two on a sunny window sill and plants will survive in full or partial sun, though during summers, it is better to move it to a shaded spot. Occasional organic feed will keep the plants growing. For saving seeds, let few blooms dry on the stems.

Beat anxiety with chamomile tea Pick flowers the day they bloom, separate the petals and sun dry these delicate flowers and store in an airtight container to bring out the best flavour. Use one teaspoon of dried petals for a cup of chamomile tea or little more than that if using fresh petals. Avoid taking this in pregnancy.

Recover from ‘Baby Blues’ Chamomile makes it easy for you to recover after childbirth. Make an aromatic massage oil by mixing with four drops of Roman chamomile, rose and ginger to four tablespoons of any basic oil. Use this to massage the body twice a day. Avoid if breastfeeding.

If after-pains are a problem, adding a few drops of chamomile essential oil to your bath may do the trick.

Give your eyes a break! Place a cool used chamomile tea bag on your eyes for 10 minutes, listen to some relaxing music and let chamomile do its magic on your strained eyes.

Plant this delightfully cheerful herb in your garden and make your life stress free naturally!